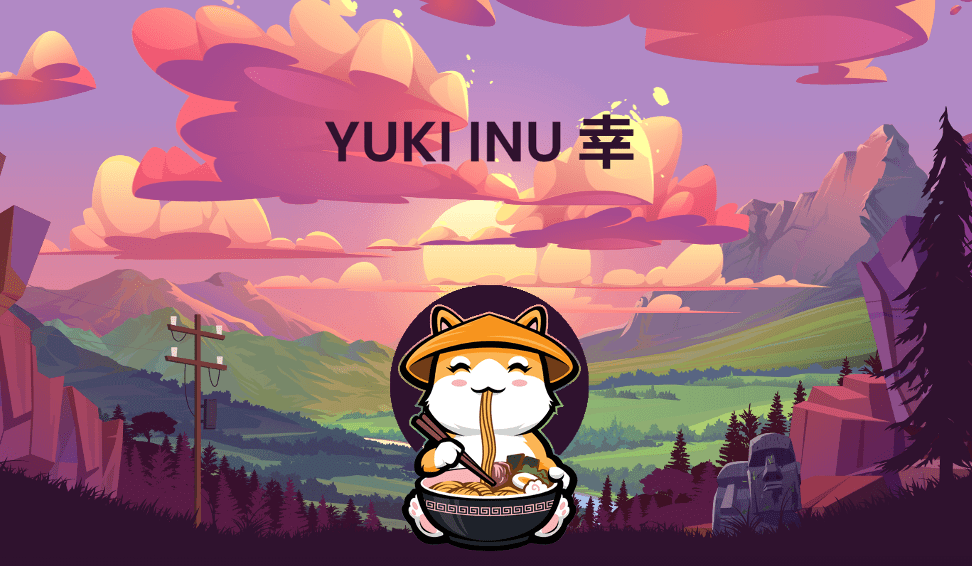 The Yuki Inu token is another coin on the so-called “meme” coin market, which has rapidly burst into the market and is now just a couple of steps from listing on several major exchanges.

However, it would be unfair to call the coin another banal “get-rich-quick” type of coin, for there are several reasons that make this coin a potentially profitable investment.

Disclaimer: We are not financial advisors and you are solely responsible for any such investment.

Yes, sort of like another over-hyped doggy with a sly face that says:

“I can fool you if you’re not careful”

Immediately on the day of its launch, the coin grew to more than x4, then a correction took place (which is a completely logical scenario at that point), but surprisingly, even despite the generally negative trend (the collapse of almost all the Alts, following Bitcoin’s downfall), Yuki confidently held its position, relying on support levels.

This speaks of the high trust of its holders (which, to be honest, includes the author of this article himself).

So what’s so special about Yuki Inu?

First of all, this doggy is a deflationary token (which in many ways makes it similar to Feg, which we wrote about earlier) with a commission of 8% charged from all transactions, of which one half is added to the blocked liquidity and subsequently burned, and the other half is evenly distributed among all holders, i.e. added directly to your wallet.

As for the roadmap of the project, everything seems to be nice and well:

As we can see, the token is scheduled to be listed on CoinGecko, Blockfolio, and CoinMarketCap for May.

As for marketing, the administrators mainly focus on Twitter and Tik-Tok, and then they plan to start a YouTube channel.

Of course, all these points are pretty standard for the strategy of any other such coin, while the most important thing remains to be an activity within its community and in that regard, Yuki is doing more than just fine.

Also, for the short lifespan of the coin (only 3 days at the time of writing this article), the developers carried out two large burns and burned 10% of all the coins.

In addition, good news for all holders: now Yuki Inu is smiling proudly, standing second to the top of the Coinsniper rating in the “for today” section.

Just like FEG, you can buy a coin on PancakeSwap – simply go to the Exchange tab, manually enter the address of the Yuki Inu contract and select the coin you wanna use in order to buy YUKINU – it can be BNB, BUSD, USDT, etc.

Then just press the APPROVE and then the SWAP button and in just a few seconds the coins will appear in your MetaMask (we’re gonna pull up an article on MetaMask soon) wallet.

That’s it for now, folks.

We’ll see how well this doggy turns out… Personally, I have a lot of hopes for this particular coin and, in case some major changes will take place – we’ll get you up to speed shortly.