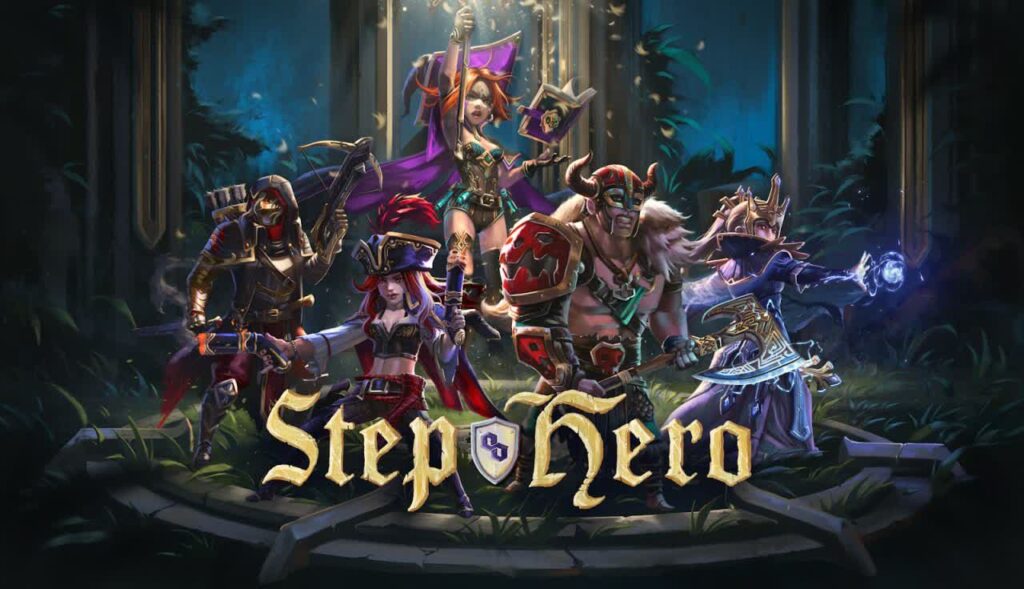 SHALL YOU “STEP” INTO THIS PROJECT?

As you’ve noticed, crypto games nowadays are literally on fire, this brand new trend is just rising and we, crypto-enthusiasts happen to be at the very beginning of this era – “blockchain-built-games”, so-called “play-to-earn” types of games which mechanics themselves allows you to… well, make money.

Many of us have probably spent a lot of money and time playing some kind of game during our lives.

And, at the moment you decided to leave the game (whether you were tired of it or for other reasons), then you had to leave all the money that you invested there in this game because most game developers/companies that release games prohibit selling any items/resources from the game in the real world, since such mechanics would definitely intertwine with their financial means, messing up the sales as a result.

But now comes a new era of cryptocurrency games – the “games on the blockchain” era has begun, where developers allow the withdrawal of game characters,game resources, points, game money in the form of NFT tokens from the game itself, and sell them outside the game, that is, on some exchanges, like PancakeSwap, Biswap, Uniswap, etc.

This is not something that is not prohibited, it is permitted, and that is the whole point.

And now there is a stage when it’s all on a big hype, but over time everything will stabilize and become the norm.

And at this time, the big corporate giants will begin to introduce their games into the blockchain.
We think the most turning point will be when the Roblox company, the gaming platform, containing a huge universe of online games, will implement blockchain.

All this is now happening quite quickly, and for sure a lot of popular games in this niche are already well-developed, and it might be already either too late or too expensive to enter.

Anyway, we’ve decided to tell you about one of those crypto games.

This game is called Step Hero

This is an RPG game set in a sort of fantasy setting, in which there will be such mechanics as PvP when you can play against another player and gain additional points from it.

Also, there will be missions, some cards that will need to be completed, for which bonus points will also be awarded, with which you can enhance your characters.

Looking at the token ($Hero), we can see that it started trading on PancakeSwap around August 15th.

If we look at the tokenomics behind this project, we will see that the token sale was 10 cents each and eventually the price rose up to $2.30.

The token is currently trading at $ 0.2.

At the moment, there are already Hero tokens that are traded, and using these tokens, it will be possible to eventually buy special loot boxes in which there will be game characters contained.

On the main site, in the Collection tab, you can see the characters.

You can see that all those characters have varying degrees of uniqueness and rarity.

At the moment, the following mechanic has already been implemented

We can buy hero tokens for PancakeSwap.

They can be bought with any token you have. If we have hero tokens, we can stake them on the platform, and for that only we will receive our points.

These points can be later used to buy these characters.

For each hero token, 1 point is awarded per day

Accordingly, the cheapest character costs 20 thousand points, which means that in total it’ll take you around 200 days to stake your tokens in order to finally get this character.

We’d say this option is aimed at particularly big investors, so-called “whales” who can afford to spend a couple of grand on such NFTs.

And the most expensive characters cost around 120 thousand points, and needless to say, they are already being bought.

Most likely, hero tokens are staked here by those who bought them on a private sale for 10 cents.

Let’s take a look at the tokenomics behind this project. In total, a maximum of 100 million tokens will be issued.

Polygon is like a fast version of the Ethereum network, with low commissions.

Next, let’s look at the distribution of tokens

The exact prices are nowhere to be found, but there was a Public Sale for 10 cents. That is, these guys already have significantly multiplied their initial investments (lucky bastards).

Then they had 1-month locking of all these tokens, and after one month, every month they would have gotten 6%.

When the Public Sale is 100% unlocked, they will all be on the market.

The team has only 10%, which means they will not be able to use tokens for 1 year at all, in a year they will be able to sell only up to 10% each month.

This period is most likely counted from the date of listing.

Generally speaking, there were not many tokens in the market at the moment, and they were all unlocked in a month, that is, on September 15, some unlocks have occurred.

Most likely, the price will begin to correct a little and every month it will be further adjusted. But if the game has hype, and many people want to play it, most likely the tokens will be bought like cherry pies again.

On the Whitepaper, there’s information regarding all the characters and the mechanics of the game. You can check it out on the official website.

What we wanna concentrate on are the advisors presented here.

The advisers do not hide their faces either. Advisors also have a reputation and a good background, and they all have, as we understand it, some share since advisors are usually given a certain amount of tokens.

And they also have partners here, IceTea Labs and TribeOne. Not very famous guys, but at least they have been noted here.

By the way, it is also worth mentioning that the project has its own Youtube channel, at the current moment they have around 147 thousand subscribers, and their videos have a lot of views.

This is a big plus that they have a YouTube channel, that they post something there, but it seems that they had been using some bots previously since the first videos have a huge number of views and only a few comments under the video.

Anyway, overall the project does not seem to be the most fundamental, in our opinion, and the risks are actually very high.

On September 31, they started selling the chests.

Upon opening each one there was a certain chance to get one of the characters, with each one having a different rarity, different power, different skill, and consequently, each one would give different profitability.

According to the information we’ve found, at the time the price for one chest was 88 hero tokens. And at the time the sales have taken place the hero token cost $ 2.3, which, multiplied by 88, resulted in $ 202.4 per box.

Due to the fact that there is such a small number of chests and characters, they were quite successfully sold on the marketplace.

We are very skeptical about this project. You must come up with your own decision to either enter it or not, having thoroughly analyzed everything we have said above.

Just do not participate in this project with your entire deposit, it wouldn’t be a very smart move.

Only invest in it with the part of your deposit, to reduce the possible risks.