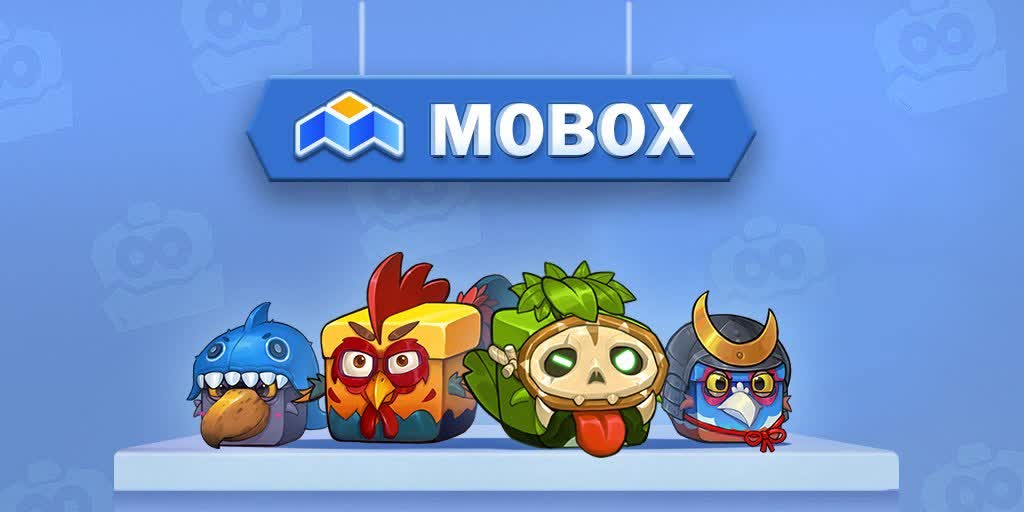 Ways of Earning on Mobox Platform

So, in the previous chapter, we’ve introduced the Mobox platform to y’all, but now’s the time to get in-depth towards the actual “GameFi” mechanics within the app and how does it work exactly.

How to farm tokens on MOMO Farmer

In order to start farming tokens on the Mobox platform through the MOMO Farmer section, you first need to connect your wallet.

To do this, click on the “Connect wallet” button and then a window will appear with a selection of possible wallets, including:

Select any wallet you have and connect it (by the way, Mobox works only on the Binance Smart Chain network, so make sure your wallet supports the BEP-20 network).

Then you will be able to deposit your tokens into liquidity pools and subsequently, make a profit.

Then we can go to the Mining Camp section and see the approximate profitability, mining speed, and all the additional information.

For example, here we see the following line:

This means that if the power of our mining equals 1000 Hash Power, then we will be receiving 8.09 Mbox tokens per day.

For the basic mining hash rate, we will need to buy special NFTs that will provide the necessary hash rate power, but among other things, we can strengthen our basic hash rate by obtaining the whole NFT collection, thus enabling the special mining bonus hash rate to it.

To receive bonuses, we will need to fulfill certain conditions, which can be found by clicking on the pickaxe icon.

Here we see that in order to receive bonuses, you need to gather a whole collection of 4 MOMO mobs of different qualities (Common, Uncommon, Unique, Rare), and one such collection gives a bonus of 300 hash rates.

How do I get these MOMOs?

Firstly, you can simply get your mobs randomly through the “Mystery Box” section, each of which will give you the opportunity to get one MOMO.

Right under the chest, you can see the chances of a particular category of mobs being dropped.

But in case you don’t want to rely on the randomness factor, you can always simply buy your MOMOs manually.

In order to do that, you need to go to the MY MOMO section and then proceed to the Collection section, where you’ll see various sets of MOMO mobs that need to be obtained in order to receive bonuses to the base mining hash rate.

Then we can choose any collection that interests us and buy mobs of 4 different categories (once again – Common, Uncommon, Unique, Rare).

The most difficult thing will be buying a MOMO of the Rare category since these mobs are the most expensive ones. For example, this particular MOMO is offered in three copies (of different capacities) at 3400, 4666 and 6999 BUSD, respectively.

But we don’t have to buy rare mobs for that price.

Go to the “Market” section, filter the list by “Rare”, select “List Time” and specify further by “Price UP”.

Thus, we have sorted the list to show us the cheapest mobs of the “Rare” category at the moment.

Unfortunately, the prices of mobs recently have increased significantly, so even the cheapest MOMO in the “Rare” category will cost you around 2950 BUSD.

Hmm… Suppose we do not currently have such an amount to collect the minimum of 4 MOMO mobs.

So, the next logical question would be…

What are the ways to EARN on the Mobox platform?

Well…There are a lot of ways and most of them are implemented within the game mechanics of the mainline of Mobox games!

Again, the Mobox platform is a whole metaverse with great game variability and different levels of entry threshold, so every participant will find something suitable to his taste and a pocket.

In order to start earning, you do not need to invest a large amount of money for farming, you can first try your hand at Token Master.

Right after you get to the Token Master’s game menu, the first thing we would advise you is to turn off the annoying musical theme in the “Settings” menu.

Next, you will need the ‘starter pack’ mobs for the game, but as opposed to MOMO Farmer requirements, here you will not have to pay such a large amount.

Moreover, by default, you will already have free mobs, which have a 3 gold per minute mining capacity.

Gold is one of the two main currencies in the Token Master game (along with Mbox), and there are various ways of earning in this game.

For example, you can participate in battles with other players (“Plunder” section), participate in completing various tasks, in roulette (“MOMOpoly”), where if you are lucky, you can increase your amount several times.

We also recommend that you draw your attention to the game “Lucky Wheel”, where you can hit a huge jackpot.

According to the rules, for every 25 Mbox coins spent in the Token Master game, you get one Lucky Wheel ticket, which will allow you to spin the roulette wheel 1 time.

It should be noted that you win in any case, but the quality of the prizes varies greatly.

The worst option would be to win 2 Mbox tokens, while you can also win 10 million gold or 1000 Mbox tokens!

For winning battles and participating in adventures, you will earn Mbox tokens and gold, as well as grow in the tournament ranking among players.

Although from our experience, in order to occupy high-rank positions, it is necessary to spend a significant amount of time on the game, so for many novice users, it will be much easier to try their hand at other, more stable methods of making money on the Mobox platform (like already mentioned MOMO Farmer, for example).

On the other hand, in Token Master, you practically do not have to deposit large funds into your account at all, and if you have free time and a desire to play and win, you can achieve great success in this game.

Block Brawler is a new seasonal game, with each season lasting 2 weeks and during this time you will need to get to the leaderboard in any of the categories – either match competitions between players or in dungeons.

In many ways, the game copies the mechanics of PvP battles from games like Axie Infinity (which we’ve previously reviewed in detail) and the same Token Master from Mobox.

That is, we can participate in matches against other players or simply upgrade our character (which we can only select once a season! Therefore, be careful when choosing this or that character on the selection screen) participating in battles in the dungeon.

You will need to spend the points earned in the dungeon on leveling up your character and purchasing skills.

Correctly selected and improved skills are the key to victory, so be careful with the choice of skills, because reloading skills will require spending Mbox tokens.

Also, in addition to the main platform games (Token Master, Block Brawler) with a large number of functions, users have the opportunity to try their hand at simpler mini-games, participation in which is absolutely free.

Let’s take a closer look at these games

(Unfortunately, at the moment the games from the Trade Action section are “Under Maintenance”, however, this information concerns the general mechanics behind the games, so it may still prove useful to you regardless).

SimpleTrade – if you wanted to try your hand at trading, then imagine that Mobox gives you the opportunity to play a trading simulator, in which an account with 1 million virtual dollars is available to you and it is proposed to invest this amount in such a way that at the end of the gaming session you get the maximum possible profit.

The duration of the game session is exactly 72 hours and during this period the players who have received the greatest profit will receive a reward in their account in the form of real MBox tokens.

Bull vs Bear – this game resembles betting on binary options, where you need to correctly predict the price after the expiration of the trade period.

Specifically, you need to guess whether the price will be higher or lower by the end of it.

For visualization, players are provided with a BTC candlestick chart with animated animals, to get a sense of the overall process.

Choose a bull or a bear, and if your forecast matches the real price movement, you will get special game points. These points will further determine whether or not you’re getting the reward.

The further your chosen beast (bull or bear) goes, the greater the final reward will be.

Only 20 bets are available per day.

The results are summed up every 24 hours, according to the leaderboard formed for this period by points, awards are distributed among the first 10 places.

We gotta say that it is quite difficult to get into the Top-10, but the final distribution of places depends on the distribution of points among the participants themselves (as well as on the randomness factor, obviously).

Therefore, all players have equal chances, and besides, participation in the game is completely free (didn’t we say that already?).

Leverage Mania is another trading simulator for predicting deals in a very small timeframe.

Here the game simulates futures trading and the interface corresponds to this.

To make a deal, you need to choose either Long or Short, and then wait for a convenient moment to close the deal.

For the specified time period, you need to earn the maximum possible profit, after which the results will be summed up within a day and the Top-10 best “traders” will receive rewards in the form of Mbox tokens.

An interesting feature of MBOX is that all purchased NFTs can be used in any of the reviewed games on the Mobox platform since game tokens work on the same network.

At the moment, these were all games based on Play-to-Earn technology on the Mobox platform, and I must say that the overall quality of said games proves that Mobox is undoubtedly one of the leading gaming projects in the field of blockchain-based games, with the possibility of earning and withdrawing cryptocurrency.

In the last chapter, we’ll be getting you up to speed in regards to Mobox’s fascinating tokenomics.

Also, we’re gonna contemplate a bit about the future of Mobox and all the new projects coming to the platform next year.