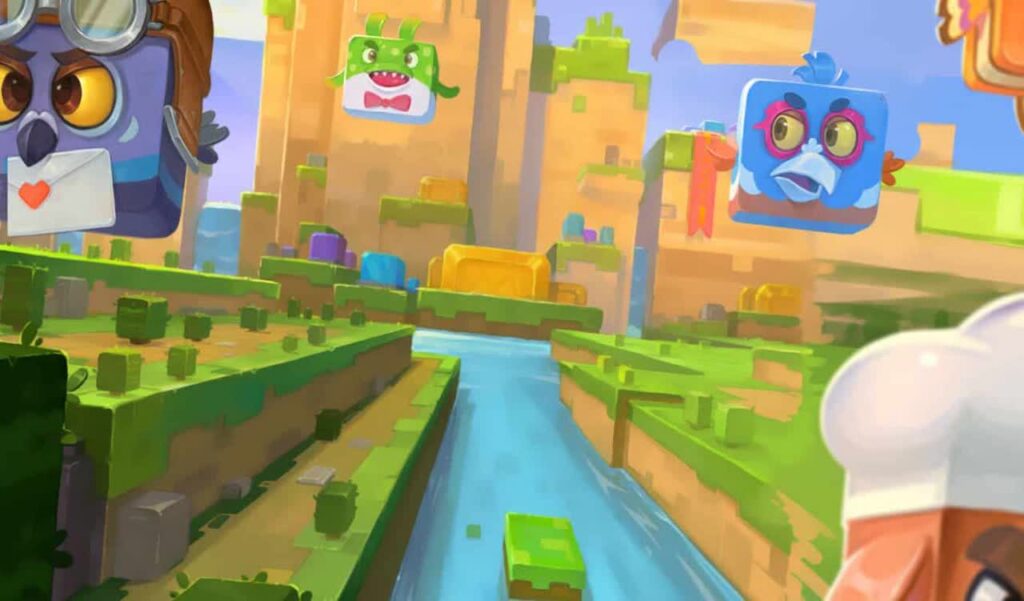 Today we have prepared for you a large detailed review of the Mobox playground, a project that was one of the first to try to implement game mechanics and blockchain technology with cryptocurrency trading/staking.

Since the Mobox platform at this moment manifests itself as a whole Metaverse, it is obvious that it would be impossible to fit such a huge material into just one article, because there are a lot of individual projects on Mobox (and, accordingly, there are many different ways of earning income).

Just to name a few:

Anyway… We’ve decided to construct our Mobox’s narrative in the following way:

In the first part we will talk about the collaboration between Mobox and the Binance platform, briefly introduce you to the main functions of the platform, its interface, and, in general, what the Mobox project actually is.

In the second part, we will talk about the different ways of earning Mbox tokens on the secondary line of free games, in the Trade Action section.

We’re gonna get you up to speed with the MOMO Farmer tab, explaining to you how can you actually farm Mbox coins (both using NTFs and staking your coins into liquidity pools).

In the last, third part, we will talk about the development team’s ambitious plans to implement a full-fledged Metaverse (MOMOVerse) within the already existing and fully functional MOBOX ecosystem, we’re gonna talk about the project’s ROADMAP and share our thoughts regarding the future of the MOBOX project.

So… What is Mobox?

Moreover, recently the Mobox platform has been moving towards the creation of an entire Metaverse with its own native token (Mbox) and the ability to get unique avatars to represent oneself in this digital world.

However, we’re gonna get back to Mobox MOMOVerse shortly, but for now, we just want to guide you regarding this platform, so that you have a general idea of ​​what Mobox is and how the ecosystem and tokenomics behind this fascinating project actually work.

A small summary of the project’s background.

The company was founded back in 2017 in Hong Kong.

The goal of the developers was to create a fully functioning gaming ecosystem built on the blockchain (with the usage of smart contracts, to be more precise) so that all community members could also earn money by investing in the project with their time and dedication.

Such a concept is mutually beneficial both for the platform and for the users themselves, since as opposed to it, modern gaming companies (more like “monopolists”), although they work according to a similar concept, do not in any way encourage their audience to make money on their projects.

In this sense, Mobox definitely keeps up to date, and in our opinion, all modern blockchain-based game developers should take a course towards mutually beneficial cooperation with their audience, because it is with the help of the prospect of earning money (i.e. implementation of “Game Fi” aspect within a game) that it is possible to form and keep the community in the long term.

By the way, Mobox works on the Binance Smart Chain (BEP-20), so you don’t have to worry about high transaction fees.

No crazy Ethereum gas fees for you (yes, we are also very fond of gas fees on the Ethereum network).

Mobox is a perfectly functioning fusion between an NFT game with the DEX staking/farming mechanism that allows you to generate a passive income, by allowing you to stake tokens in liquidity pools.
Besides that, the platform itself is largely managed by its community (Mbox holders, to be exact).

So, as soon as you lay your eyes upon the Mobox website’s main page, you will be immediately greeted with this:

Yep, recently the Mobox platform has taken a course towards the development of an entire Metaverse within their own network, called Momoverse! (did we mention that?)

At the moment, this section is still under development, but some aspects of it are already there (in particular, a very promising roadmap for the project), which we will talk about a little later.

Now just scroll down a little bit and click on the “Play now” button and you will be redirected to the Mobox main page.

There are 4 main sections in total:

In order to interact with the platform in any way, you need to become a registered member.

The registration process is very simple, intuitive, and, in general, identical to other similar projects, so we will not cover it in detail in this article.

Just follow the instructions that will pop up on the screen. We only note that the registration process is available both by email and by phone number.

On MOBOX, we can use NFTs and various tokens for staking and generating income.

To stake your tokens on MBOX, you need the following:

Open the MOMO Farmer section and on the page, you will see all available liquidity pools, after which you need to familiarize yourself with the conditions (interest rate and tokens required for depositing into each specific pool) and click on the “Liquidity” button.

For example, in the first MBOX-BNB LP pool, you will need to deposit two coins in an equal ratio (MBOX and BNB), after which you will receive a special LP (Liquidity Pool) token and then you will be able to farm new coins in this particular pool.

The interest rate (at the moment this article is being written) in this pool is 138 %.

In order to exchange liquidity tokens back for your tokens, you need to click “Remove Liquidity”.

Once our funds are in the pool, we can see them here.

In order to withdraw liquidity tokens from the pool, you need to click “Remove Liquidity”, although remember – if you withdraw them immediately, you’ll be charged with a small fee (depending on the pool) for this, but the longer our tokens are in the pool, the lower this commission will be.

How legit is Mobox and what about its Binance collaboration?

Back in August this year, Mobox was listed on the Binance platform.

Also, in addition to this, the Mobox project entered the Top-10 “Most valuable builder 2” from Binance Smart Chain and, in addition, before the listing of the project, Binance also organized an exclusive launchpool for Mobox on their website, where everyone could join and contribute their BNBs for the purpose of farming.

The launchpool was valid for 30 days and many during this time (especially large players with a large amount of BNB on their account) were able to make good profits.
Also, another extremely significant argument in favor of the legitimacy of the Mobox platform would be that the project has been confirmed by probably the best crypto audit company – Certik.

There are various game projects currently presented on the Mobox platform.

There are several possible ways to earn money in Token Master – by getting to the top positions in the leaderboard ranged by the several categories (PvP battles, MOMOpoly, and so on), it is also possible to rent out your mobs to other players and use the mining power of your mobs for token farming.

MOMO: Block Brawler is a new game on the Mobox platform, the mechanics of which are largely similar to both Token Master and the popular Axie Infinity, where the main goal is to assemble the strongest possible team to win ranked matches with other players.

Of course, in each of the games, you will have the opportunity to earn Mbox tokens, and you do not need any payment to start the game, because the registration process is free and intuitive.

Trade Action is a set of 3 mini-games designed to stimulate newcomers on achieving the highest positions in the leaderboard and earning Mbox tokens for free, without any investment whatsoever (unlike Token Master).

We will analyze the whole mechanics of this line of games a little later.

By the way, at the moment the games from the Trade Action section are “Under Maintenance”.

Nevertheless, the information we will provide still remains relevant and will prove to be useful, regardless.

Alrighty, guys, that was it for today.

In the next chapter, we’re gonna talk about different ways of earning on the Mobox platform and get in-depth about Mobox Games!