EVERYTHING YOU NEED TO KNOW ABOUT BISWAP (BSW) 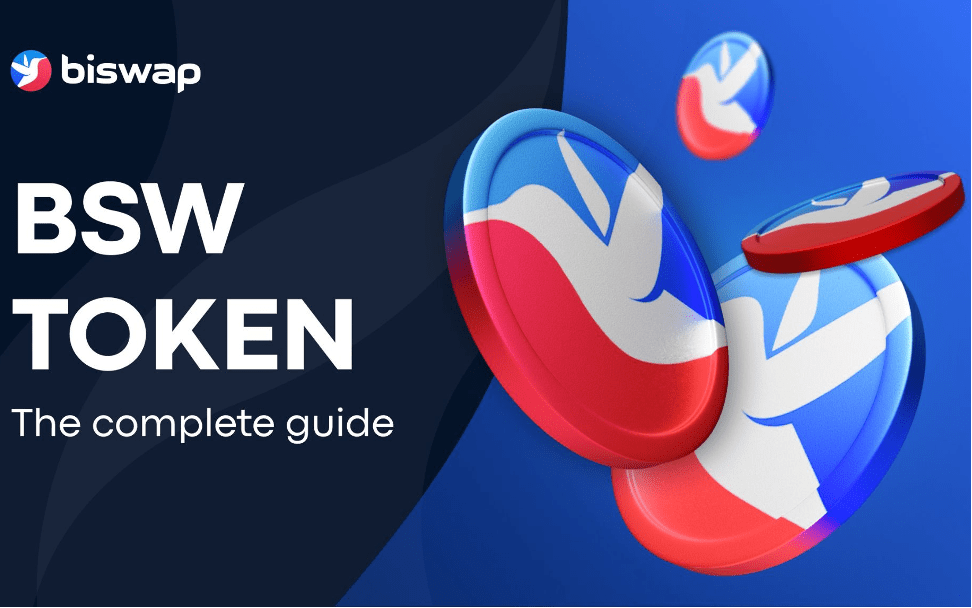 Today we’re gonna review probably the most controversial farming platform of all that we have seen so far.

Firstly, the project does not yet have an audit at the moment and it may disappear at any minute, but at the same time, it is possible this is a chance to invest now, before the audit, because when it is over, the price of the coin may rise up to 15-20 dollars, and a lot of new people will come, due to which the profitability of pharming will probably drop.

Less than a couple of weeks ago, this new farming platform was launched, which we simply could not get past. Then the coin cost about 78 cents, then the price jumped above three dollars (this is more than four Xs!), but recently again dropped to 1 dollar per coin (although we’re inclined to believe it’s temporary).

In general, in terms of functionality, everything is exactly the same as in any other farming platforms, except for some additional chips, which we will now tell you about.

A design. No, I mean – THE DESIGN. Just take a look at this beauty, which clearly speaks of the quality of the preparation of the administration.

All kinds of farming options here

Second, this is a multi-level referral system, which I have never seen before.

And this is very important for projects, because every crypto investor, including me, wants to receive a referral in quality projects.

Do not worry – the money does not come from you, the money is included in the tokenomics of the project, and all partner charges come from there.

I’ve always said that you shouldn’t be skeptical about any blogger who offers you his referral link if he’s actually investing in the project himself. But bloggers who themselves do not dive into the project with their own money, but at the same time advertise it left & right – well… that’s a no-no.

By the way, if any of you are interested in the project, then here’s link for you, just in case:

We do not want to agitate you to buy a particular cryptocurrency or give any financial recommendations whatsoever. We just (like all of you here) are looking for promising projects that we like ourselves, and in the end, we structure all the information for you so that it is easier for you to make your own informed decision.

By the way, speaking of the Biswap referral program.

The referral program is made at the highest level.

It is clearly visible from whom, when, and how much money you received. On the Panther, for example, there was no such functionality.

And what is also unique and cool here is that we buy and sell BSW without commission!

The entire commission is returned to us by cashback in full. This has never been seen before, and the money for these exchanges is taken from the administrator’s personal wallet.

And now we are actually moving on to the disadvantages of the project.

And only then I will show you how to buy, sell and stake, earning about ten percent a day on passive income (by the way, not long ago this value was twenty-five percenta day, but that can be easily explained by the fact that new people come in and the percentage falls, this is normal).

Now I will talk about the cons of the project, but keep in mind that in the near future all these cons may turn into pros.

So, there is no audit yet, and theoretically, all the money invested in the pools can be appropriated by the administrator. But I want to note that they ordered an audit from the best audit firm (CertiK Audit, to be precise), and not some “Mickey-Mouse-Club” (although I’d throw in some buck to be audited by actual Mickey Mouse!)

CertiK Audit is well-known for having a long verification process.

Administrators say that they are simply waiting and it’s not up to them anymore.

The top holder is the administrator. He recently had 88 percent of the coins, now 70 percent.

The number of coins issued grows every second and the percentage of the administrator gets smaller and smaller.

Although it’s important to note, that It’s not because they sell them.

As the administrators claim, they printed these 10 million coins for themselves in order to pay a commission for us.

As far as I understand, it is with this money that the cashback for the exchange of BSW coins goes.

Also, judging by the reviews, many are confused by the fact that when connecting the wallet to the site, you need to make a signature, because in other platforms there is no such thing, and many were worried about the safety of their funds.

In my opinion, this is normal, because the project is complex, and do not forget that in other projects there weren’t any free bonuses like Biswap had in the very beginning, there is no protection against multi-accounts like here, there is no three-level referral system.

Apparently, all these things require a signature. Of course, we are not programmers, but we think that this is the reason.

Also, many get scared away by this warning from Metamask saying this is a phishing site.

This message might appear while connecting to BisWap, although it’s probably due to the complexity of their smart contract

As the administrators themselves say, this is due to the very high activity on their smart contract. I believe that this may be true because they really have too smart(see what I did there?) smart contracts and a lot of code involved.

Apparently, for this reason, CertiK takes so long to audit. See for yourself: they have a three-level referral system, they produce tokens for each block which are distributed to many different places, they provide cash back from each purchase.

By the way, in just a couple of days of work, they made it to the top and overtook many good projects. If, in addition, they burn a certain amount of tokens as promised, then they will easily get into the top 3 in all respects.

As the audit is passed, I think the price tag will fly to $ 10 at least, but you always need to remember that admins currently hold around 70 percent of the coins, and in theory, they can drop the overall price with just one button.

The real question is – do they really need it?

Moreover, every day they have fewer and fewer coins in percentage terms.

After passing the audit, we can already say with complete confidence that they do not need it.

And after that happens – we will definitely inform you, so stay in touch.

In general, we really like the project and personally, I am ready to take risks.

Another thing that pleases me very much is their approach to the details.

Every news they pull up on their website is accompanied by cool graphics, there is always technical support in their chat 24-7 so that the administration is always online and helps and answers all questions in the chat.

We have already studied a huge number of such projects and practically no one has such a serious approach.

It’s funny that the site has a Whale Alert, which displays the most recent deals in the exchanger.

Ok, now let’s get to practice.

How do I get BSW?

Well, simply go to the site and connect your Metamask wallet (you can also use Trust Wallet).

Click on CONNECT button, choose your wallet and you’re good

Then, in order to buy you need to click EXCHANGE and, as usual, select the coin you are giving from above.

Select BSW from below and then SWAP.

In the case of selling your coins – it’s exactly the opposite.

At the top, you choose BSW, and at the bottom, let’s say BUSD, and then again click SWAP.

Now I will tell you how to multiply your coins.

Press Launchpools, confirm the contract first, and press PLUS button.

Next, choose how many coins you want to put there and then CONFIRM.

That’s it, now every 10 seconds you will be credited with new coins.

You can withdraw your coins the same way at any time.

For that, just press MINUS button and choose the number of tokens you want to withdraw.

And here’s what it is recommended to do in order for compound interest to work.

Click on Details, then on the Compound button – and all the accumulated coins will be reinvested again. Thus, you can rush your deposit and farm with more and more amount each time.

The project is VERY promising and we like it very much.

But at the moment, without having an audit, we must fully understand our own responsibility for the possible full or partial loss of funds.

If you liked the project as well as we did and you decided to invest free funds with full awareness of the risks, then good luck to y’all.

In any case, stay in touch.

We’ll definitely follow this project (and many others) and keep you updated on future news.