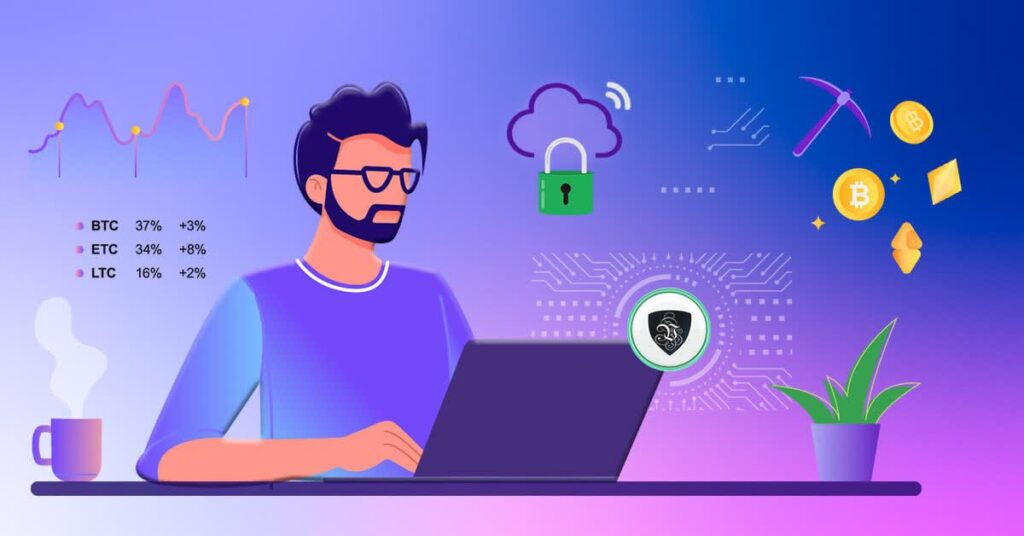 Money is one of the most important inventions of humanity. Their story begins from those distant times when a person had a need to exchange goods for another thing or service.

Gradually, such a universal commodity has become a currency – a coin or other valuable and convenient item for exchange.

THE ERA OF DIGITAL MONEY

The development and improvement of money since then have made a huge step forward. In the era of technological progress, one of the innovations was the emergence of cryptocurrency.

Cryptocurrency is a type of digital currency, accounting, and emission of which are based on cryptographic methods, such as asymmetric encryption and the Proof-of-work method of protection. The system functions in a decentralized manner in a distributed computer network.

In order to get such a “coin”, you need to install and run special software. This software generates (“mines”) a unique key for a certain time, the complexity of which depends on the amount of load on the network and the total power of the miners.

It is the increasing complexity of mining that provides the value of the cryptocurrency.

HOW DOES IT WORK

The result of the generation is a cryptographic sequence and is the final currency. Transfers of funds between users are referred to as “transactions”.

Blockchain – a public database of all transactions ever committed in the Bitcoin system. Using this database, any user can find out when and how much Bitcoin belonged to a particular address.

The base is maintained thanks to the distributed efforts of a huge amount of miners. A cryptocurrency transaction cannot be canceled or returned to the recipient, however, transactions with the participation of a third party are possible.

“Bitcoin is a remarkable cryptographic achievement and the ability to create something that is not duplicable in the digital world has enormous value.” – Eric Schmidt, former CEO of Google.

Existing cryptocurrencies are used pseudonymously, their transactions are public and not tied to a specific person. However, the user’s identity still can be determined, if any additional information is known.

Cryptocurrency has drawbacks. Firstly, no one guarantees the safety of your money due to the fact that the cryptocurrency does not have a controlling party. In case of “theft”, it will be almost impossible to return what was lost.

Hence the SECOND problem – if you lose your unique identification sequence, you lose ALL YOUR COINS.

Another disadvantage is the lack of stability in the exchange rate. A coin’s value is strongly influenced by the community that supports a particular cryptocurrency and news from currency developers or government agencies that are either “for” or “against” the use of cryptocurrencies.

So, a lot of things to be considered, as you can see.

That’s it for now, folks, thank you for reading. Yep, today’s article was kinda short, but stay tuned – we’re gonna keep on delivering the best info that’s available out there!

Go on, apply all your carefully absorbed knowledge and… may the force be with you.