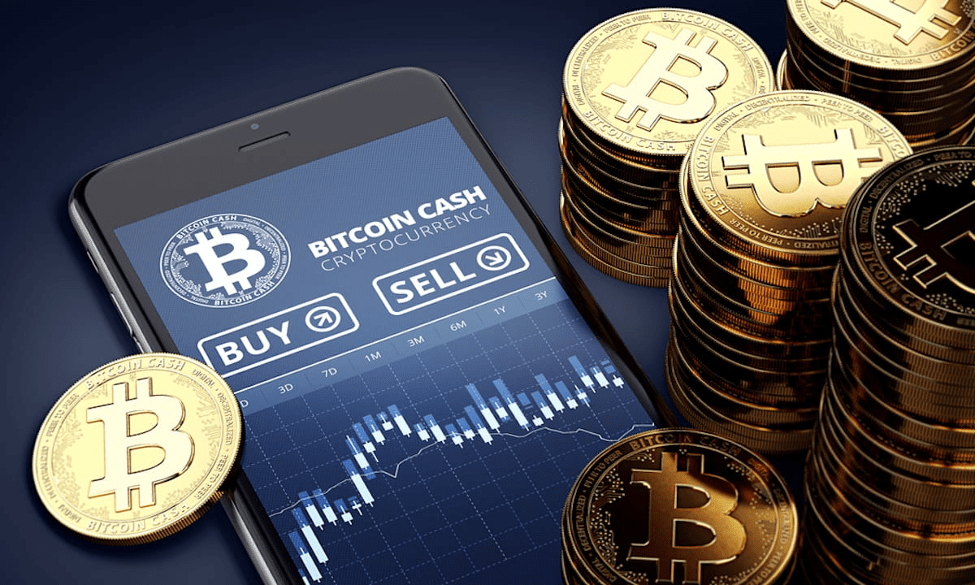 Those following Bitcoin news and using this crypto are also interested in changes in its value.

Many different things can influence the cost of 1 bitcoin, increasing it to unbelievable peaks or even dropping by half.

What Is Bitcoin Price?

Bitcoin price is the equivalent of 1 bitcoin in American dollars or other currencies.

As it is a virtual decentralized currency, it exists on the Internet only and does not have a physical form.

It can be bought with fiat currency or other cryptocurrencies and converted to any currency in the world.

Is the Price the Same Across the World?

Bitcoin was intended to be an international digital currency, which would be the same everywhere.

However, because of its decentralized nature, there are no regulations that will determine its price for everyone.

Thus, we can observe varying Bitcoin prices in different countries. Bitcoin is not linked to the dollar or any other traditional currency.

It is also not connected to a particular state or exchange.

This makes BTC so volatile, and you have to check its prices in your country and on different exchange websites to find the most suitable option.

How Much Is One BTC Worth?

The Bitcoin price changes so quickly that it is impossible to have a fixed price even for a day. However, the average price for 1 BTC is currently about 34-35 thousand dollars.

You can observe the fluctuations on reliable exchanges and financial websites.

The price history of Bitcoin is rather diverse even though this currency is very young.

Bitcoin came out in 2009, and being a little older than 10 years now, it is still extremely volatile. So, you can expect pretty much anything.

How Much Was BTC When It First Came Out?

After the initial release of Bitcoin in 2009, it cost virtually nothing for more than a year. There were no crypto exchanges at that time, and Bitcoin was not valuable, as no real transactions were conducted.

This is the first cryptocurrency as we know it today, so nobody was immediately interested in giving it a try as we do with new cryptos now.

Satoshi Nakamoto invented Bitcoin and described it in his white paper. Even though there were some attempts to create something like virtual cash before, only Bitcoin has finally started the trend.

What Was the Highest Price?

The highest BTC price ever recorded was roughly 64,8 thousand dollars per 1 bitcoin.

The currency hit this price in mid-April 2021. Depending on the exchange, the figures were slightly different, so 63 thousand dollars is the average peak. The price has dropped significantly since then, but we can still expect huge growth.

What Was the Lowest Price?

The lowest BTC price amounted to less than 0.01 dollars when a Bitcoin user bought two pizzas with it a year after this cryptocurrency was released.

He used 10 thousand BTC to make the purchase. Right now, this amount would sell for roughly 600 million dollars. From February till April 2011, Bitcoin rose up to 1 dollar, gaining parity with the dollar.

How Often Does the Price Change?

The price for Bitcoin changes virtually every second. It is a very volatile digital currency, and its value does not stay the same at all.

With every BTC transaction completed, the prices change instantly.

The Bitcoin exchanges and other financial webpages are updating the data every thirty seconds on average.

You can observe the latest BTC prices by refreshing the page of the site you are using. In addition, the prices might differ depending on the country and exchange.

What Determines the Price of Bitcoin?

It is an incredibly valuable currency, which sells for thousands of dollars.

Many people want to know why Bitcoin costs as much as it does and what influences the price.

There are various factors contributing to it, and you can see some of the most important ones below.

Factors That Influence the Price

Since Bitcoin is decentralized, there is no government, organization, or person to determine its price. A selection of factors can influence the value of BTC, and they include:

Only a certain amount of bitcoins can be mined every ten minutes because the network allows producing a fixed number of blocks regardless of how many miners are working on it;

That said, Bitcoin is also a very young currency. It has been around for a little more than ten years, and it has to go a long way before becoming more stable.

Who Sets the Price?

Bitcoin is a virtual currency with decentralized nature. This means there is no person or institution behind it to measure its value.

The price of Bitcoin is determined automatically by the supply and demand for this digital currency.

Some people believe it to be a Ponzi scheme, which is not possible exactly because of decentralization.

Satoshi Nakamoto was only the developer of Bitcoin without actual power over it. In addition, the identity of the creator is not even known because all we have is the name and the white paper.

There might have been a few different developers working as a team. In any case, Bitcoin exists on its own, and no person or government has any direct control over it.

Bitcoin Price Prediction: Will It Crash or Rise?

Predicting the value of fiat currencies or prices for stocks has been a common practice for many decades now.

Bitcoin, however, is a virtual currency, which does not obey the usual laws that can affect shares, for instance. It is a very valuable cryptocurrency, which is why so many people want to know how to predict its price fluctuations.

Is It Possible to Predict the Prices?

Unfortunately, there are no viable ways of predicting Bitcoin prices. It is a non-tangible currency, which is not owned by a central entity.

Trends and techniques applicable for shares on the stock market are not functional in this case. You can only expect BTC to go up gradually, as it has been showing constant growth since the very beginning.

How to Predict BTC Prices

If you want to try your luck and analytic skills in predicting BTC prices, you will need to study pricing patterns and pullbacks of the previous years.

Nobody actually knows how much the prices will grow, as Bitcoin has been demonstrating the all-time highest prices throughout 2021. Just when you think it cannot go much higher, we can see even bigger prices once again the next month.

However, after each major peak, the prices tend to drop significantly. This is called a pullback, which you can easily see on Bitcoin price charts.

2021 has been the wildest year for BTC prices, as a few all-time highs have been reached just within a few months, followed by drastic pullbacks afterward.

For example, after hitting 57 thousand dollars in February, Bitcoin dropped to 45 thousand later that month.

A new peak was reached in mid-March, which was almost 61 thousand, followed by a pullback right to 52 thousand dollars.

This makes many experts believe that a new peak is soon to come.

How High Can the Price Go?

It is impossible to know even a close number to the highest price of Bitcoin.

Bitcoin to the Moon!

This crypto has so much room for expansion and is constantly reaching new heights.

Long-term predictions shared by many research teams range from hundreds of thousands to even more than a million dollars per 1 BTC.

This virtual currency was initially created to facilitate financial operations and make them accessible for everyone across the globe.

Many people believe that Bitcoin will replace all the currencies in the future.

Even though the supply of BTC is not endless, and we know exactly that there can be only 21 million bitcoins produced, the currency will circulate even after mining the last block.

The limits set for Bitcoin also make us believe that the prices will go up drastically, as each BTC will become even more valuable.

Bitcoin is a virtual currency with a high value, making it so desirable for crypto enthusiasts and investors. Existing purely online, Bitcoin can be actually either a hit or a miss.

It is possible to become a millionaire with such a precious asset, and you also never know if BTC falls.

The ups and downs of Bitcoin prices were all over the news up until people got tired of observing such a rollercoaster. BTC has shown multiple peaks and pullbacks throughout its short history.

However, experts are sure that BTC behavior will only continue to impress.

So many different factors influence the price fluctuations of Bitcoin.

Potential investors and those already working with BTC all want to know how to predict Bitcoin’s price.

While traditional methods of predicting the value of shares on the stock market are not really working, some patterns can still be used to our advantage.

Here you can see one of the possible directions

Bitcoin has been showing gradual growth all throughout its existence. Even though there were numerous decreases in the value, BTC continues to grow.

Another pattern to consider is a pullback that usually happens after Bitcoin reaches a high peak.

Make sure to hold onto your BTC if you want to sell until the next increase. Even in 2021, it is still worth playing Bitcoin.

Only this year, the crypto has reached its peak of 63 thousand dollars per 1 BTC. The expert analysis says that one Bitcoin can cost more than a million dollars in the future, so stay tuned for that.

What Is Bitcoin Price?

Bitcoin price is the value of a single bitcoin. The current price for 1 BTC is about 35.5 thousand dollars. The prices fluctuate constantly and can change every day because Bitcoin is extremely volatile.

What Was the Highest Price of Bitcoin?

Bitcoin has hit the all-time highest price back in April 2021. The price for 1 bitcoin reached more than 63 thousand dollars in mid-April.

How Often Does Bitcoin Price Change?

Bitcoin is one of the currencies that experiences changes most frequently. Its price alternates constantly, and you can see the fluctuations on various financial websites.

You will see the freshest changes depending on how fast the site updates its information.

Different factors influence the value of 1 BTC. They include the demand for Bitcoin on the market, inflation, the cost of mining one BTC, governmental tax regulations that affect its circulation, and others.

Bitcoin is a highly volatile asset, which has already experienced drastic price drops a few times.

It is difficult to predict if BTC decreases in price and when because any currency can collapse due to external and internal factors. However, Bitcoin has demonstrated a powerful recovery after each price drop.

What Price Did Bitcoin Start At?

The initial price of 1 bitcoin was less than 0.01 dollars. This cryptocurrency was created in 2009, and up to May 2010, a single bitcoin cost basically nothing.

This was because there were no people to use it and exchanges to trade. The first transaction with BTC in real life was made in 2010, and it gained some value.

You could buy 1 bitcoin for 1 dollar from February to April 2011.