WASSUP WITH THE MOST RECENT BISWAP UPDATES?? 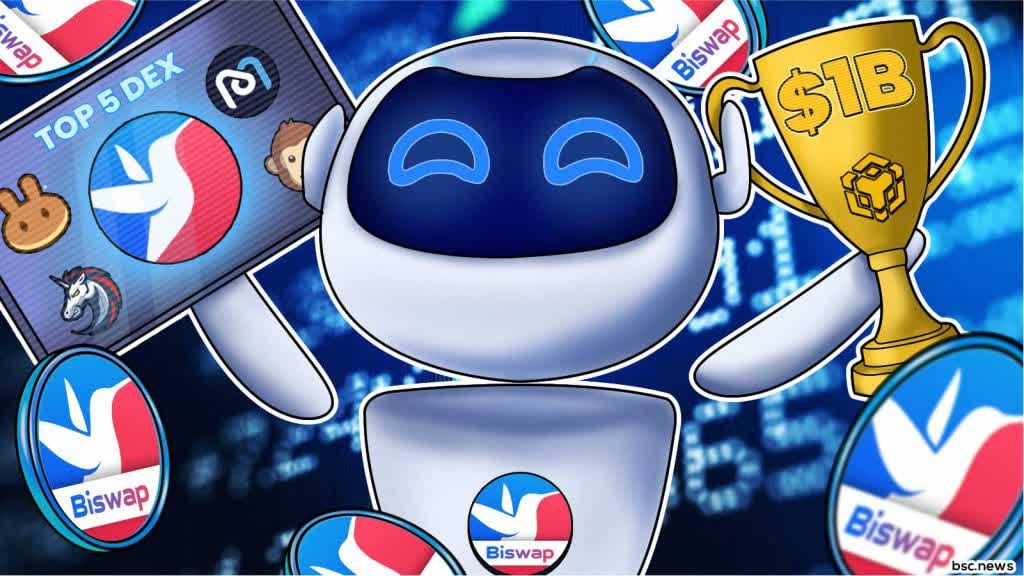 Previously, we’ve covered in detail both the Biswap platform itself and the various updates associated with this famous platform.

As you can imagine, the project keeps getting updated, and each time the developers make various updates to maintain the liquidity of the BSW token and to stimulate the token holders in every possible way.

However, let’s first take a quick look at what Biswap actually is – for those who are not familiar with either the platform or our previous articles in which we’ve meticulously covered the subject.

So, Biswap is a DEX (decentralized) platform for farming and staking various digital assets. As a reminder, staking – is the process of mining new coins by depositing certain tokens into the appropriate pool of liquidity.

Due to the latest updates and obvious progress in the development of the project, Biswap is starting to gradually transform from a conventional swap-farming platform into one of the biggest decentralized… exchanges on the market like PancakeSwap or Uniswap. The success of Biswap is also confirmed by the relatively stable rate of the native token of the Biswap platform – BSW, which, after a recent fall, is again showing stable, steady growth and is now holding at the price level of $ 1.20.

It is quite possible (not a financial recommendation though!) that in December this year we’re about to witness at least an x2 increase in this price.

Anyway, getting back to our sweetheart…

Initially, staking BSW coins (with the aim of further multiplying the same coins in the pool) was the only possible way to make money on Biswap, and at that time, the launchpools page contained only two pools (manual pool, in which users had to press the “compound” button manually each time, and a more convenient auto-pool, in which “compound” was running in auto-mode), in each of which only the native token of the Biswap platform – BSW could be staked.

Those of those lucky sons of guns BSW token holders who have entered the project in its very beginning, remember very well those wonderful days when the annual interest rate (APR) in both pools had reached several thousand percent (if you read this, know that I hate you)!

However, the developers thoroughly followed the project roadmap, hence the Biswap platform naturally continued its development, and eventually, the Launchpools tab was filled with additional 9 different pools, among which there was an opportunity to earn Ethereum just by staking native BSW tokens!

Also, among other things, in a separate “Stake Tokens” tab, it became possible to stake other tokens as well (including, for example, DOGE coin) in addition to the native token of the Biswap platform, but this did not last long and at the moment there are only 2 pools available for staking – AIRT coins and PEARL coins staking to earn BSW coins.

(By the way, for some time the author of the article himself put his DOGE in the staking pool in order to earn BSW, but when the pool ceased to exist, he had to transfer everything back to Binance).

So, since then, there have been more innovations occurring, and at the moment on Biswap it is possible to buy special NFT Robots in order to further stake these NFTs in NFT Pools to earn BSW tokens, and also there’s a daily lottery has appeared, in which users have the opportunity to purchase tickets for BSW and participate in the drawing prize fund.

Besides that, Biswap itself also announced one of its main investors (more on this later) and so on.

So, let’s take a closer look at each update

So, as we can see, the Biswap developers are following the project roadmap.

According to the project’s roadmap, it was previously announced that from November 8th to November 13th there will be the launch of NFT Marketplace from Biswap and, to be more precise, the pre-sale of NFT Robots for staking, with every single one of them limited in number and differed in parameters.

Unfortunately, at the time of this writing, all the robots have already been sold out, however, most likely, most of you could hardly afford to buy these expensive wannabe Wall-es anyway, since, on the day of launch, each of them was sold for at least 300 BNB (in addition to BNB, those NFT pieces could also be purchased for USDT).

Moreover, according to the mechanics of the project, the commissions were distributed as follows: 50 percent of the commission was allocated for the weekly burning of BSW tokens (in order to maintain the deflationary mechanism behind the BSW token), and the remaining half went to the NFT Marketplace pool.

Good news for all the gambling enthusiasts on the platform –  there is now an opportunity to participate in a daily lottery! By purchasing tickets for BSW tokens you can take part in the drawing of the prize fund (also worth mentioning that the money in this fund is deposited thanks to the purchase of tickets by all participants in the lottery, so as you can see, there is no scam, everything is fair).

Each ticket gives you a random combination of numbers, respectively, the task is to draw out the most successful combination of numbers, which coincides to the max with the final winning combination (moreover, according to the rules, to win it is not necessary that all the numbers match – even if the first number matches, you still get 1-2 percent of the total prize pool).

Of course, to increase your chances of winning the lottery, you can buy more tickets, but do not forget that everything here depends solely on your luck, so when doing so, you’re still at risk of losing your money.

We would still recommend you do not rely solely on luck, and instead shift your focus to more traditional (at least, in respect to the field of cryptocurrencies) ways of earning: good old staking will do, and (if you can afford that) buying NFTs from Biswap in order to further stake them.

The Analytics section, which was recently presented by the developers in one of the latest updates, is currently in beta testing mode, though it is impossible to overestimate its usefulness for all platform users.

Analytics is a very useful tool for all decentralized platforms and Biswap is of course no exception.

Here we can clearly see the total capitalization of the BSW token, all the blocked liquidity in the fund, as well as the most popular project tokens, and in addition, by scrolling down the page just a little below, you can see all the transactions on the exchange.

Recall that earlier we could only see a brief information summary on the main page, but now all the detailed information is available to us, and this info is also updated in real-time.

It has been announced that Binance Labs has become an official investor in the Biswap platform.

Binance Labs is a subsidiary of the Binance platform that specializes in venture capital investments, and accordingly, this news itself has already contributed to the boost in the price of the BSW token and significantly strengthen its position on the market.

As the next step, we expect the listing of BSW directly on the Binance platform itself, which will further raise the price of the BSW token.

The roadmap behind the project. Seems like everything goes according to the plan. Quite ambitious, ain’t it?

Basically, at the moment these are the most important updates that happened within the last couple of months.

Stay in touch, we will definitely keep you guys updated on any further news regarding our beloved Biswap platform and the future of its native token BSW!